The building of the geological office (one of the buildings for research activities together with the chemical and mineralogical laboratories) was erected in the 1940s in order to provide the “Geological Mining Service” of Montevecchio – Società Italiana del Piombo e dello Zinco (Italien societey for lead and zinc), a service that dealt with the study of the deposits included in the company’s concessions, with suitable premises.

The Montevecchio, Ingurtosu and Gennamari mining seam is about 12 km long and is the most beautiful seam in Europe with one of the most remarkable galena deposits. This vein is rich in galena, which in some cases is up to three meter thick, and gangue, consisting of zinc blende, various types of pyrite, iron carbonates, quartz and clay.

Origin of the vein

The mining vein with all the lead-zinc deposits of the area of Arbus was formed by the granite magma due to the volcanic activity of Monte Arcuentu.

Mineral deposits are clusters of useful minerals that are not found in a pure state but accompanied by a stone, the so-called gangue, which must be separated before proceeding to its use. The Montevecchio lead-zinc deposit was exploited for centuries. The main useful minerals are lead and zinc sulphides, often accompanied by chalcopyrite and pyrite. They are accompanied by small quantities of highly valuable minerals such as gold, silver, cadmium and germanium.

Minerals, from the medieval Latin minerale, are natural inorganic substances, generally in a solid state, formed through geological, physical and chemical processes. They are therefore pure elements or compounds, which cannot be separated by mechanical processes into different components. The various minerals differ from each other both in the different nature of the elements and in the way the atoms or ions are arranged in space to form their structure. Each mineral can be recognized on the basis of a set of constant physical and chemical properties, which enable it to be identified and distinguished from others. There are minerals made up of simple elements (sulphur, gold, silver) and others of chemical compounds, which contain two or more elements in equal proportions.

Some minerals present in the museum 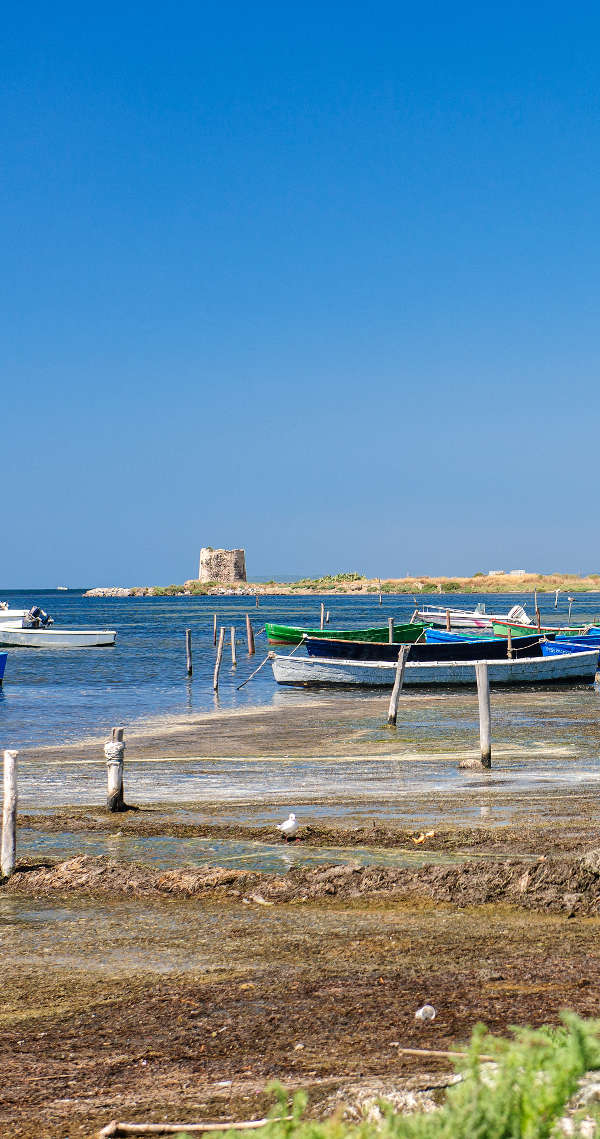 Blende (or more correctly “sphalerite”), which varies in colour depending on the impurities, is a sulphide of zinc.

Quartz is the most abundant mineral in the Earth’s crust (about 12% of its volume).

Baryte is a barium mineral, barium sulphate. Its name comes from the Greek word barys = heavy, because of its very high specific gravity.

The name fluorite (or fluorispar) comes from the Latin fluere = to melt. From fluorite come the names of fluorine and the phenomenon of fluorescence.

Gypsum is a very soft mineral composed of calcium sulphate dihydrate. The term gypsum refers to a heterogeneous range of materials used for writing and drawing.

Chalcopyrite is a sulphide of copper and iron. It is commonly found in compact microcrystalline masses, with a brassy yellow colour tending to green.

Siderite, whose name comes from the Greek sideros (iron), is a mineral from which iron is obtained. It was of importance only in those nations that, lacking useful deposits of iron, used siderite to extract that element.

Azurite, thanks to its colour and lustre, is a valuable ornamental stone, also used in the manufacture of ornaments.

In antiquity it was used as an amulet by the Greeks and Romans (said to protect against accidents). The old miners called it “rock vegetable” because of its colour.

It takes ist name from the German poet and writer Johann Wolfgang von Goethe. Goethite has been used since prehistoric times as a pigment.

Limonite is a hydrated oxide (i.e. a compound containing a number of water molecules) of iron. Limonite is a mixture of minerals and amorphous materials. It is yellow, yellow-brown, brown and blackish in colour, and is translucent or semi-matt.

Molybdenite is exploited to make molybdenum, a metal used mainly in the production of special alloys. It is also used as a dry lubricant due to its very low hardness and high greasiness.

Its name comes from the Greek pyr (fire) because it produces sparks when struck. The Greeks wore it as an amulet, the Incas made mirrors out of it, in the Middle Ages it was confused with gold and was therefore called “fool’s gold”.

Cerussite is a characteristic alteration mineral of galena in lead deposits. It is found in association with sphalerite, galena, pyromorphite and smithsonite. The name is derived from the Latin cerussa = White Lead.

Calcite is a calcium carbonate. The name comes from the Latin word calx meaning limestone, the history of this mineral not only involves the evolution of man, but more generally the world’s marine ecosystem (a fundamental mineral for numerous living organisms).

In the past, hemimorphite was also known by the name “calamine”, but this is now used in mining jargon to refer to all oxidised zinc minerals.

There is a curious legend related to its name. According to some, Antimony means „Antimonaco“ (anti monc in Italian language); it seems, in fact, that in the early middle ages there were some monks who used cutlery made from this metal; the monks, after eating, felt ill, without understanding the reason for these ailments, until a doctor warned them of one of antimony’s properties: that of being an emetic, i.e. a substance that encourages vomiting. Since then, this substance has been known as anti-monk.

Obsidian is a volcanic glass formed by the rapid cooling of very viscous lavas (rich in silica). Where this glass is abundant, there is evidence of its use since primitive times to make arrowheads, spearheads, weapons and cutting tools.

Graphite is a mineral representing one of the states of carbon. It is an excellent electrical conductor and has the highest melting temperature. It is also called “painter’s mica”, due to its lamellar appearance and its characteristic of leaving traces on paper, its name being derived from the Greek γράφειν (grafein) meaning “to write”.

Bauxite is a sedimentary stone that is the main source for the production of aluminium. 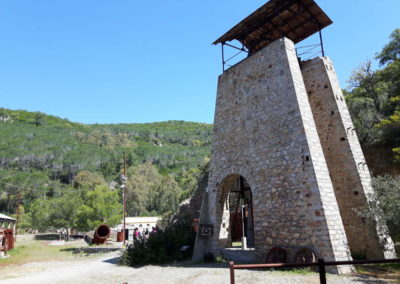 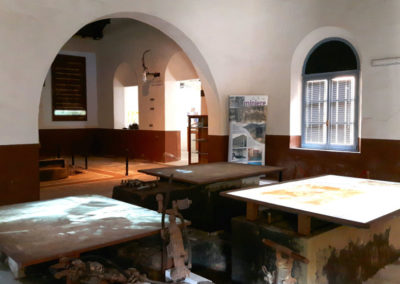 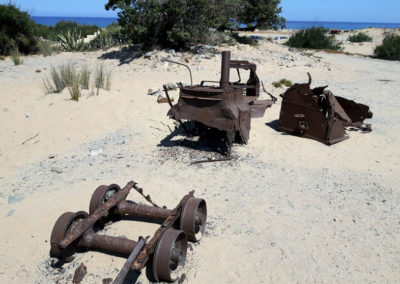